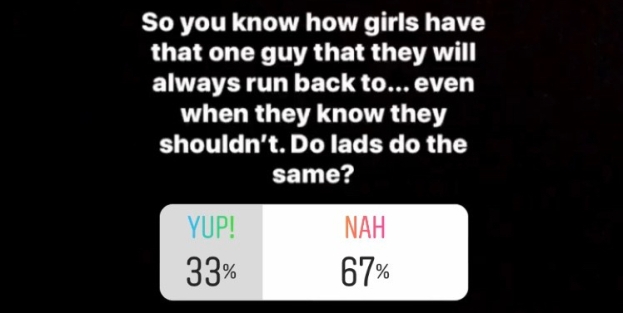 So you know when you’re laid awake at night, not being able to stop thinking about that one guy who you keep running back to?

Please stop, because I can assure you he is not thinking about you, in fact you probably haven’t crossed his mind for a good few days. The mental energy that he’s stealing from you is wasted, you could be using it to do something positive, like meditation or researching a conspiracy theory, or literally ANYTHING that stops you thinking about the person you’re wasting your life on!

If you’ve got a guy who keeps running back to you as and when you want him even though you’re treating him like a convenience, then he’s the exemption to this kind of situation, not the rule.

While most of us girls lay heartbroken, wondering if we’ll ever get over the guy we know deserves none of our time and yet we would give him every second of it … he’ll be out shagging his way through Tinder, so let that sink in for a second. HE DOESN’T CARE.

Ironically, while us girls are getting over the guy we keep going back to, we normally manage to accidentally string someone along ourselves. This is where the 33% of guys come from who say they’d keep going back to a girl they know they shouldn’t, because the girls they’d go back to were emotionally unavailable and only wanted them 40% of the time, it’s like a half read chapter of a book, you go back to see if you can get to the end of it, it’s kept you curious.

We don’t mean to turn into the girls who could summon back a certain guy as and when we please, but we do also know when we have the ability to do it to certain guys in our contact lists (sorry not sorry) we’re aware that they want us because we’ve managed to remain a mystery to them, we gave enough to keep their interest but not enough for them to feel like they’ve had enough.

So if we’re aware of when we do this, don’t you think guys will be too? The one you keep running back to knows he can text you when he needs you (which is rarely) and you’ll always go to him, even though you wish you could say no. But seeing him on his terms is better than never seeing him at all, at least to you it is anyway.

So before the next time you run back to the guy you’re not over for the 10000th time, just take a second to remember that he knows what he’s doing, he knows he can draw you back in when he wants you and he’ll push you away again as soon as someone else new and interesting comes into the picture.

Any guy who says he’d run back to the same girl over and over even though he knows it will never go the way he wants, is a rarity and it’s because that girl has never totally been his, he’ll keep going back because she keeps spiking his interest even when he doesn’t want her to.

Sometimes, two people just click. Sometimes, the conversation flows easily. Sometimes, it sucks when it all hits a dead end way before it starts.

But maybe clicking with someone like that isn’t enough anymore, maybe it has to be more than a click to even be worth taking a risk on, especially when you’re not sure what you’ve got to lose.

When you walk away from someone you click with without any resolve, there’s so many questions left unanswered. There’s never any closure given. There’s never a surefire way to tell whether you just walked away from the love of your life without realising it or whether you didn’t lose anything special at all.

It sucks when someone stays a stranger when you’re curious about having something more.

I know it’s the worst when you meet someone, you feel a spark with them and you never get a chance to see if it could turn into something else, when a relationship is never even given the chance to get off the ground it’s kind of tragic. Personally, I hate when I hit it off with someone and nothing comes of it, it just turns into a moment preserved in time, but not one that you’ll even bother to remember forever.

It’s something that sucks right now, but hasn’t had a big enough impact to suck long term.

Maybe in a way I’d rather have something that can cause a long term effect, maybe then it would feel more worthwhile, rather than a wasted connection that you haven’t even given into long enough to see what it could become.

I really believe that throughout your life, you’ll meet and date people who simply won’t understand your sick twisted humour or laugh at the weird jokes you make, but you should wait for the person who can laugh along with you when no one else seems to get it, because this is the person you’ll click with, the one you’ll find things easy with and above all, the one who you won’t have to worry about saying the wrong thing to because they’ll just get it.

Throughout your relationships, it’s important to be patient. Be patient and wait for the person who is just as weird as you are, be patient for that click and make sure to give it a chance to get off the ground, after all …. you want to make sure it has the opportunity to suck long term.

‘I feel like I could do better than you’ nine of the worst strung together words to ever fall out of someones mouth, especially when they’re saying them straight to your face. Ouch.

But I get it, we say as much as we can to try and divert how we really feel, our defence mechanisms come out in full force when our fight or flight reflexes are letting us down. You know you should run away from a situation that’s bad for you, but you’ve never known bad to feel so good. So you won’t go anywhere.

I have a real habit of leaving a trail of destruction behind me wherever I go, because once someone makes it onto my hit list, I’ll go after them with no regards to anything else around me, and I always get what I want. But it’s ok because that destructive path actually looks kind of pretty, it’s filled with passion, lust and physical desire. Some of the best things to feel for another person.

So what does it even mean, when you’re telling me one thing but I know you mean another. When I know your negative comments are being used as a deflective technique. It’s actually a very good psychological trick, but you won’t have known that. The more you think of something negatively the less you’ll want it, but you’ll have to spend quite a while trying to think of negative things to put you off of me, or shall I pretend not to know that?

When you go from thinking about something almost obsessively, it takes more than a few days to stop old habits. When you want something as bad as that, it’s going to take more than a few deflective words to actually trick your brain. But good luck, because I think you’ll need it. 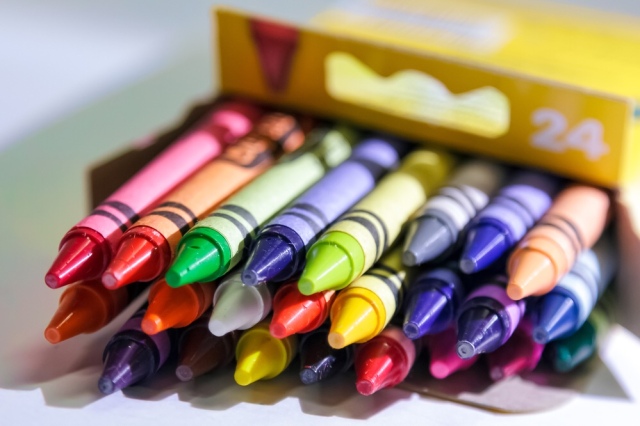 I cannot reiterate this enough, BEING A HUMAN MEANS WE CAN CHANGE HOW WE THINK. Free will is a thing, if you hadn’t realised? But some people don’t, they get so uptight when you no longer want them, or to be in a situation with them that they’ll try and make you feel bad about it.

But here’s the thing, they’re only making you feel bad because they’re no longer the ‘chosen crayon‘ you don’t want to play with them anymore and unlike a crayon which has no feelings or emotion (obviously) they have the ability to kick up a fuss. You’ve changed your mind and don’t want them involved in your game anymore but CHOICE IS CHOICE so to be quite honest, they can just fuck off.

So you find someone at a bar and in the moment you look at them and find them attractive and you think ‘this ones coming home with me‘ one drink leads to another and when you actually get back to wherever it is with them (yours or theirs) it suddenly dawns on you … you actually don’t want them anymore, you’ve realised now that the environment has changed, so has your mood.

In a previous post i’ve mentioned ‘The Ick’ and how quickly it happens. It’s no ones fault, but it’s important to remember we can’t always control how we feel. We can’t help who we fall for and who we don’t. This isn’t something people should take personally because in my mind everyone is someones type. So if one person doesn’t fancy you, another one will.

So view people as crayons, decide on one, change your mind, try something different or don’t … pick a colour and decide that one’s your favorite. There are plenty of crayons in the box and they won’t all get upset and offended when they aren’t chosen.

Do you ever look at one of your ex’s and think …. I don’t even recognise you?

If you feel like since you’ve left them (or they’ve left you) they’ve been reborn into some new person that you don’t even recognise, then you’re not alone. People change and sometimes that’s shitty, especially when they turn into a version of themselves they promised they never could be.

Let’s just pause for a moment of reflection here though *sits starring into space for a brief moment contemplating life*, do you think you come across as the same person to your friends, family, work colleagues, people you meet in one off social situations etc? Answer to that is probably not …. so is it our ex’s fault if they now look like a version of themselves you’ve never seen before?

You fall in love with a version of someone that you view as perfect and flawless … and maybe to get you to love them they only showed parts of their personality that they knew you’d love, like a showreel of the best parts of themselves, but no one can hide their true selves forever and I think in part, it would be unreasonable to expect that.

When you break up with someone (or when they break up with you) they will change, that’s a given. They no longer have to be the version of them that was focused on making you happy/the version you loved.

I think sometimes a lot of people get back together after breaking up because each of you go back to being yourselves again and suddenly you see the version of that other person coming back that you fell for in the first place, not the adapted version they became to make you happy.

This is why I think it’s super important to be friends with someone before you start dating, because you’ve seen them in an unfiltered way prior to loving them.

However, as an alternative approach, some of us just wish our ex’s would get hit by a car when we break up, but it still leaves the question, what version of themselves will they resurrect as?

So maybe it’s best to leave our pasts dead and buried, but if they do come back, just keep an eye out for the red flags, because people are constantly showing us who they really are through their actions, but we just tend to pick and choose what we want to pay attention to, especially when we really like them.