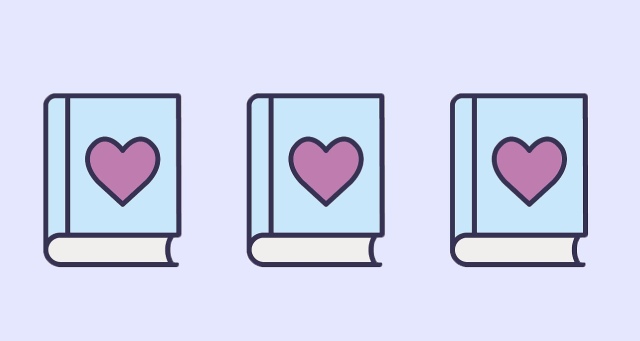 How much easier would life be if dating came with a rule book?

Sadly it doesn’t, but surely there’s a generalised set of rules we can all go off … right?

1. Try not to turn up drunk. But if you do have a glass of wine (or five) beforehand try to do your make up first … no one wants dodgy eyeliner!

2. Be available .. but not too available. Well what does that even mean? I’m not even sure, but if you’re too keen they’ll leave and if you’re too unavailable and they’ll also leave.

3. Don’t sleep with any of their friends. Yeah I know … apparently that isn’t the right thing to do, who knew?

4. On the first date explain why you wouldn’t make good girlfriend material, if it doesn’t put them off then there’s clearly something wrong with them, so you probably should avoid seeing them again.

5. If they seem really in to you, again there’s probably something wrong with them. Best way to combat this? Flirt with someone else in front of their face.

6. If they put minimum effort in to see you and only speak to you when they want to have sex … then they are most DEFINITELY into you. Never stop trying to talk to them. Triple text if you have to.

7. Go out with them for a nice dinner and accidentally drink so much that you’re sick on them. This is a fool proof tactic in the game of love.

8. Get their number from one of their friends rather than them, guys love knowing how keen you are to get hold of their personal details.

9. Break up with him but then get super jealous when he finds someone that actually wants to be with him. Make sure to stalk his new girlfriends social media for added effect.

10. Above all, always make sure he knows that he is not allowed to show any kind of public display of affection towards you, you wouldn’t want people knowing you’re together. Eurgh.

If you haven’t already gathered, I do not actually want you to follow most of the above advice it’s purely there as a joke highlight some of the crazy shit a lot of us girls do, but only when it’s actually written down do we realise how mental it really sounds. 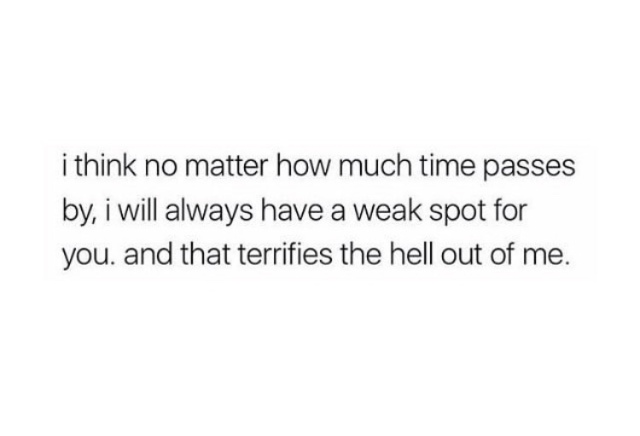 Next year you won’t have an impact on me.

Next year I promise to leave you in the past where you belong.

I can’t do this one sided missing you anymore when I know you don’t care. I know it now more than ever. Don’t talk to me, don’t fuck with my head. What I’m doing is no concern of yours. Stop being ‘nosy’ and browsing my Instagram, you chose to leave so you lost all rights to know what I’m doing, how I am or who I’m with.

Next year I’ll stop wondering why I wasn’t good enough.

Next year I’ll stop missing the good parts of you I’ve reminisced about repeatedly. Because we both know they are long gone.

I’ll be realistic, if you wanted to be here you would be. I’ll stop holding on to the hope that when you check up on me it’s because you miss me or because you think you made a mistake. We both know you’d never think how you were wasn’t anything less than acceptable.

I’m going to stop thinking of reasons to message you, reasons to get you to talk to me. What’s the point? If you wanted to talk to me you would, without any hesitation. Without thinking about the impact it could have and most definitely without knowing how much it still hurts when I see notifications come up from you on my phone.

But the fact that you bothered to message me at all in the first place, shows how little respect and consideration for me you have. I deserve better than that. The fact I convinced myself that talking to you wasn’t fucking with my head, that it was ok … look how you’re twisting my mind again! You don’t deserve that kind of achievement.

But right now …. I can’t do any of that, I can’t even make myself think I hate you.

I wish I could tell you everything.

Like how my heart breaks a little when you don’t kiss me every time you see me.

I wish I could tell you that I’m thinking about you when I’m with someone else, someone who doesn’t know me the way that you do.

I wish you knew I was trying to ignore how I feel about you. Part of me, deep down wishes I could tell you that I feel safe with you and very few people in my life make me feel that way.

I wish I could tell you how much I want to hear you say that I’m what you want after all. That I’m not too broken for you to only want sometimes.

I wish I wasn’t as hot headed so I didn’t get angry with you and constantly push you away when you tell me things I don’t want to hear.

I wish you knew that I loved the way you look at me just before you’re about to kiss me. Yeah I do pay attention to those stupid little things! I know it’s hard to believe when its coming from someone as cold as I am. But when I like someone I REALLY like them. You know that.

I wish you’d hug more often and tell me everything is going to be ok. You know how broken I am and I’m hoping if you hold me tight enough, I’ll just stick back together.

But most of all, I wish you knew all of it without me having to tell you.